The best kind of stupid 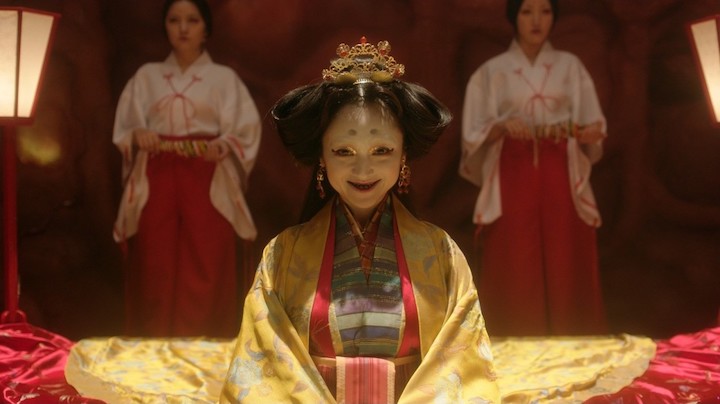 Sion Sono's Tokyo Vampire Hotel is the definition of a guilty pleasure: I cackled my way through it, but also see all the hastily-thrown together bits, amateur acting and bipolar pacing, and would have the damnedest time finding someone to recommend it to.

Not that Sono gives a single Kamurocho fuck about it. He did exactly what he wanted to do. He came up with Tokyo Vampire Hotel when he went to the Transylvanian film festival in 2016, fell in love with the area around Cluj-Napoca, and decided he would set his next project there.

What he came up with is an elaborate mythology about how the Draculas (plural, it's a family) were driven underground by the Corvins (different type of vampire), who then took over the world from the shadows. But there's a prophecy that a child born under a certain date will release them, so centuries later the Draculas steal three Japanese children, feed them with special blood, and wait for the 21st birthday when they'll come into their powers.

Cut from Romanian-speaking non-actors in white robes who stare directly at the camera to a panning shot of a Shinjuku yakitori place, 20 years later, filled with giggling young women and a few salarymen who will soon end up dead. 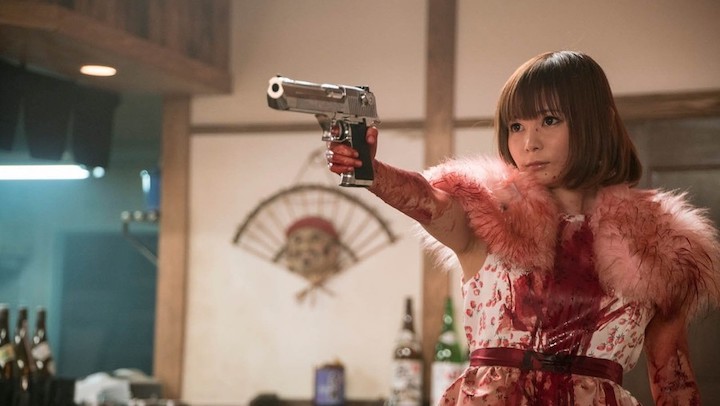 Which makes perfect sense since Cluj in Romania and Shinjuku in Tokyo are connected through the Salina Turda, a salt mine just outside of Cluj which (if I understood it right) leads to everywhere in the world.

Of course, there's a struggle between clans to control the Chosen One. Of course, this means gunfights and swordfights and all sorts of murder and dismemberment. Of course, this involves spending half the movie's budget in fake blood. Of course, keeping the momentum for this type of movie is hard, so Sono doubles down on the mythology and comes up with byzantine plot covering a large group of characters and their twisting allegiances.

Yamada, the ancient hip-hop vampire kingpin with daddy issues. K, a grim Japanese terminator who (sort of) speaks Romanian and refuses to die. Japanese Elizabeth Báthory, played by former gravure model Megumi Kagurazaka, perennially on the verge of bursting out of her corset. The unmovable Princess, sitting somewhere in the bowels of the hotel, all toothy smiles and veiled eyes. Poor, confused Manami, the Chosen One with the least agency in the history of cinema.

Not to mention the dozens of young Japanese men and women who Yamada has gathered at the hotel, who all think are coming for a night of exclusive partying but are there to watch the end of the world.

Yes, it's absurd and it's baroque and it goes on for too long. But it's so much fun.

It can be incoherent. But the good kind. The kind where Sono kept asking himself “what is the silliest left turn the plot could take here?” and then did that. Every 10 or 15 minutes.

I can't tell if it's always intentionally funny. Some of the fun comes from the dedication with which the actors throw themselves at their preposterous roles. Some comes from understanding a tiny bit of Japanese, enough Romanian to get around, and hearing people from each country try some gooey Brundlefly of a diction. Some is just from the random mix of violence and soliloquies, wordplay and decapitation, silly situations played straightfaced.

Hence, hard to recommend. I'm in a narrow audience segment. I also happened to see it at an open-air screening at Bánffy Castle, in the same area that inspired Sono, the 15th-century construction and dark Transylvanian sky right behind the screen.

There's a resonance from having a restored castle shield you from the wind while you laugh at the exuberance of a bloody vampire movie.

If I were complaining, I'd say it goes on for too long. It was originally an Amazon TV series which got repurposed as a movie. The script seems to have changed (maybe Sono decided to use scenes that didn't make it into the series or alternate endings) and the various elements don't always gel.

But one can hardly relish the abandon with which Sono created this deranged, blood-soaked microcosm and then complain that he doesn't exercise restraint in the editing room. Stupid as the movie can get, the glee with which they made it comes through, and that's enough for someone to have fun. 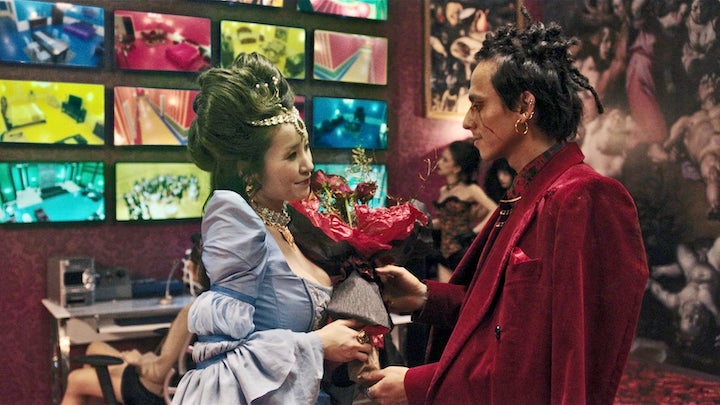