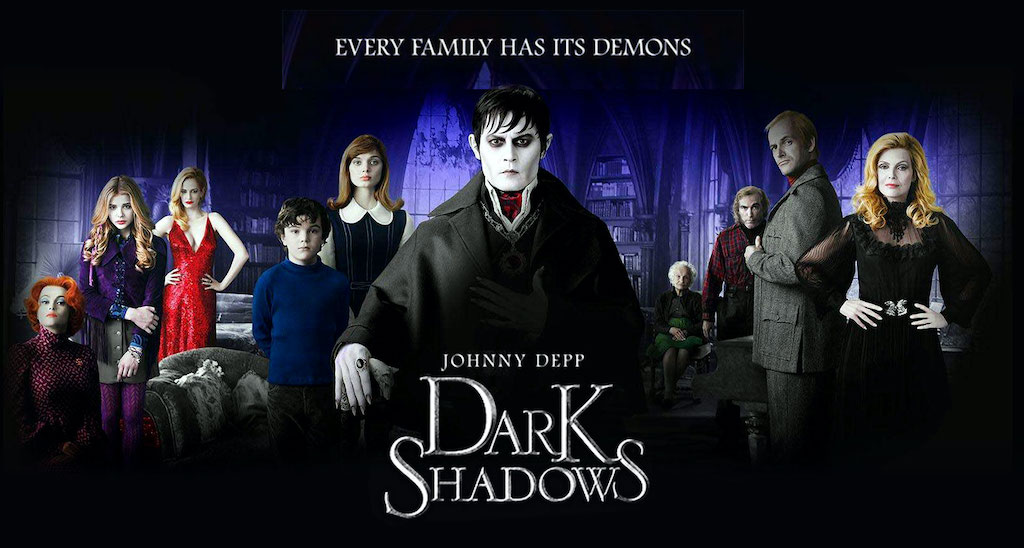 So that's why I stopped watching Tim Burton movies over a decade ago. He had become a caricature of himself.

His output has gotten bland enough that not even Eva Green's scenery-chewing can make it fun. Dark Shadows is so diffidently mediocre it doesn't even have the decency of being bad enough that you can make jokes at its expense.

Why won't you let me love you? 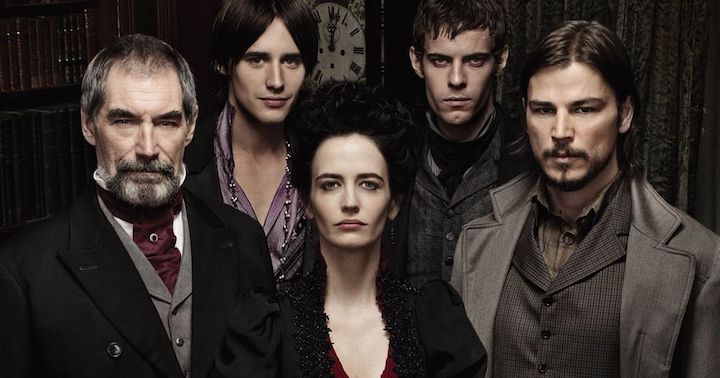 There are things that should be better, that I want to be better. When they aren't, I get mad in a way I wouldn't if forced to sit through a Michael Bay movie.

I got mad at Penny Dreadful's second season when I watched it, almost five years ago. I foamed at the mouth at the wasted opportunities, flipped an entertainment table at it, and swore I was done with it for good.

I couldn't stay away.

I don't like to admit it, but I like style. Not over substance, but style will keep me digging, rooting through a show, hoping the beautiful shapes inform some sort of actual function.

Penny Dreadful shimmered, promised to be a dark, sensual, gory counterpart to Zelazny's A Night On the Lonesome October.

I could watch this just because of Eva Green, if we're being honest. I'd listen to her read an entire George Lucas script (don't judge me). But the theme was aimed squarely at me, and I am a difficult target to even spot. The fact that I stood there, waiting for it to hit me, and yet it managed to miss made it all the more irksome, which I took as a personal insult.

So I gave it another shot, to finish the story, a good three years after the series itself wrapped. Hoping.

I am not mad. I just disappointed.

There is so much good stuff in it and they never develop it. It's all disjointed, the great mixed in with the mediocre and the annoying.

Timothy Dalton brings a gusto that he never brought to Bond. He looks more alive here than he ever has since Prince Barin. He could carry an entire swashbuckling series by himself, his Malcom Murray being a better aged Allan Quatermain than Sean Connery was.

Then there are Brona Croft – Frankenstein's would-be bride – and Dorian Gray. I was done with their shtick by the end of the second season. Wasting this much time on them during what the writers should have known was their last outing is just insulting. At least Dorian looks as annoyed with Croft's speechifying, and Croft at Gray's ineffectualness, as I was with their whole affair.

But we have Rory Kinnear as John Clare, Frankenstein's original creature, his mixture of concerned softness and violence, and the only character in the series with an actual arc. He starts sensitive but full of hate. He covets the bride that the source material forces upon the story. But Clare develops into his own person. He evolves, has an honest relationship with Vanessa. At the end, he even rejects the idea of inflicting his fate upon another, refusing to sacrifice one to make another happy. He develops better than his creator, since Frankenstein ends the series exactly the way he started it, having learned nothing. Yet the story always keeps Clare to the side, never giving him enough time (or even letting him appear on group scenes), so they can waste it on Western antics.

Don't get me started on Wes Studi. The series decides the most progressive thing to do is to bring in a Magical Apache and, apparently unaware of the hilarity of echoing Studi's turn as The Sphinx in Mystery Men, have him sometimes speak in anti-metabole. He is an unnecessary connection to Ethan Chandler (née Talbot), thrown in as yet another attempt to hammer in Chandler's mystical destiny.

My dear Mr. Talbot, I am so sorry that they saddled you with the whole Lupus Dei thing. In Latin it sounds like a teenager's idea of a religious sect, and in English, the Wolf of God gets stupider every time someone utters it.

And then there is Eva Green, who is still a delight, when they let her, but gets the worst dialogue of the entire series here, not to mention being thoroughly stripped of agency. The writing shorts all characters, in the end, but at least most of them don't end up spending good chunks of each season locked in an empty room, haggard and wearing rags, rambling.

You can tell there were some feeble attempts at retooling the cast, a Hail Mary in case it didn't get canceled. The delicate Ferdinand Lyle gets on a bus to Egypt, replaced by Catriona Hartdegen, Action Thanatologist, who at least might not end up shoved in a refrigerator like Miss Ives. Studi's Kaetenay is the new Sembene, but one there to cause friction with Chandler. Henry Jekyll is out and about.

Then it ends. There is no finality, no sense that anybody knows where this could have gone, no hard choices made. It could have explored the social tension between genders, classes, lovers, leading to engrossing outcomes. Instead, every conflict is resolved using a simplified version of fuck-marry-kill, trivial to figure out, because nobody here marries. 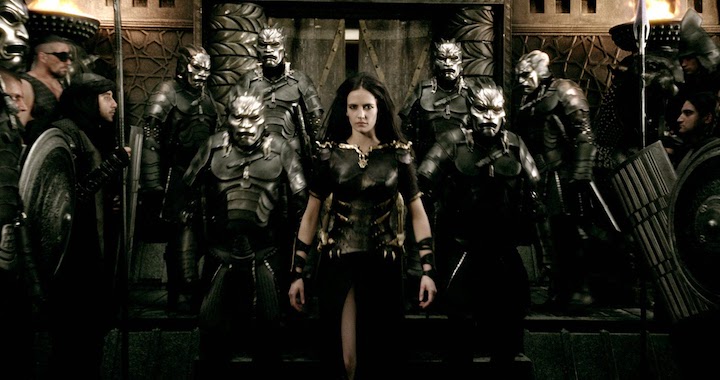 300 was a jingoistic, borderline homophobic, one-note macho-posturing movie which happened to have a fascinating visual style and a flair for slo-mo action. It made Zack Snyder. He'd follow it up with an almost-there Watchmen adaptation and then go on to turn one-note posturing into a career.

It is rare to find a sequel which takes the piss out of the original. 300: Rise of an Empire manages.

It takes place both before, during, and after 300. Themistokles the Athenian attempts to rally the Greek city-states to face the Persian invasion. The Spartans are too busy getting off on going off to die, other cities insist on parlaying, so Athens has to make do while the others settle their argument.

Where 300 painted the Spartans as ascetic warrior-poets and the Persians as effete, arrogant conquerors from a too-comfortable society, Rise tells us the story of how Xerxes' messenger saved and raised a Greek girl who Greeks of a different city enslaved, sexually brutalized for years then left for dead.

Where 300 put a strong woman in a central role then relegated her character to a sexual bargaining chip, Rise has Eva Green's Artemisia, the rescued little girl turned general who becomes a fleet-destroying throat-slicing man-eating one-woman army who leads better than her commanders and fights harder than any of her soldiers.

Where 300's Leonidas ridiculed a peasant's offer to help, relying instead on his chosen few's military training to face the Persians head-on, Rise's Themistokles is a politician surrounded by farmers and bookworms who uses his knowledge of the local area and deceptive stratagems to fight.

Where 300 glorified war and the Spartans' militarized society, Rise starts with the reasons behind Xerxes' mad desire to conquer Greece: his father Darius died by Themistokles' arrow and Artemisia poured poison in her ear, using Xerxes' revenge as a cover for her own. Murder begets murder. Violence begets violence.

They're both loud and bloody and have too much slo-mo, but Rise of an Empire is more self-aware. You can hear Themistokles' finger quotes when he talks about the great Spartans. 300's Spartans no longer come across as professional warriors but as a death cult, with Themistokles' leadership insecurities feeling more human than Leonidas' suicidal certainty.

Still lots of bare chests but barely any chest thumping.

The movie can't stand on its own, though – Eva Green has to carry it all the way on her spiked, leather-armored back. Any scene she's in, other characters recede into masked, faceless extras, as her eyes slither and her voice oozes all over the scene. She's done her share of scenery chewing before, but Artemisia feels like all of Green's career compressed into one part: femme fatale and damaged girl and over-the-top villain and independent woman and commander in a position others feel should be occupied by someone with different genitals. Sullivan Stapleton's forgettable, expressionless Themistokles works only because you can expect Artemisia to come up and speak with her whole lower face as her gaze hunts around for something to devour. She makes his blandness come across as restraint.

No, it's not a great movie. From a technical standpoint, it's not even unequivocally a good one. But it's the movie equivalent of sitting down and having too many drinks and snacks while shooting the shit on a Friday night: maybe you shouldn't have overdone it, but it was fun, and given the right circumstances you'd probably do it again. 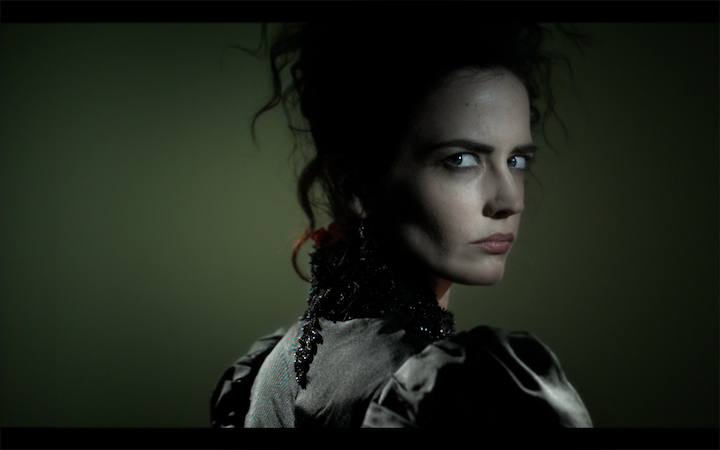 Whatever the case, that soft spot did not extend to its second season, and I have a hard time believing I sat through it in its entirety solely to hear them say the name Lawrence Talbot.

What to say about it? On the one hand, there's nothing quite like it being produced. On the other, when in doubt, it always takes Hannibal's style-over-substance road. It is a worthier descendant of Alan Moore's The League of Extraordinary Gentlemen than that abortion of a movie, but that's hardly a tall ottoman to step over.

The disjointed band of merry adventurers that it took Showtime about seven and a half hours to finally get together for the first season are back. I was expecting that the past was prologue, and we would now finally see them all acting in conjunction with some solid story.

Dorian Gray is still wasted. It feels he's there because the writers felt an obligation to include him, given the period, but have no idea what to do with him other than use him as the series' excuse for varied sex scenes. This season's finale shows they at long last sort of have an idea of where to go with him... but for that, you'll need to have the time and patience to sit through another one. They do, eventually, show you his picture. They shouldn't have. They should have kept Lovecraft's counsel and kept the unspeakable, the indescribable, hidden.

Its disjointed quality gives you too much time to wonder about its issues. For instance, the fact that other than Ms. Ives, it's got a monomaniacal obsession against female characters (and one could argue Miss Ives is a victim as well, even if her broad strokes are painted with an equally coarse but more charitable brush). Or how it forgets, from scene to scene, what just happened (how did Chandler exit the mansion without being seen by the myriad of Scotland Yard agents?). Or how there is little – if any – anticipation. If you show us a gun, have the decency of firing it a couple episodes later, will you? Doing it a handful of minutes after you pulled it out is worse than predictable – it's crass.

What to salvage from it? Obliquely, and if you squint, you could see in this season the morale of showing why the Catholic dogma of resisting Satan's temptations but obeying God is inherently broken. As long as you desire something, you can always be tempted – unless what you desire is being free. That's the only thing neither side can truly offer you, because in exchange for their offerings they mean to tie you down.

And that is me seeing shapes in clouds to justify the time I spent with it.

Penny Dreadful's enunciation is impeccable, but it only quotes banalities while trying to pass as literate.

(Published originally on my old blog)