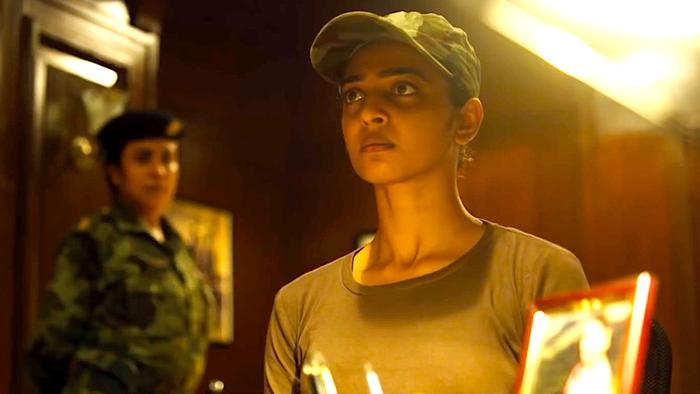 A movie's autochthonous nature needs to come from more than its setting or cast or direction. It needs to permeate the whole.

There's nothing inherently Indonesian about The Raid, for example. It's set there, and the entire cast is Indonesian, but writer-director Gareth Evans is Welsh. Its pacing is Western – nay, American – and its setting would translate to any other city where crime has metastasized. If you need any other indication of its universality, you can consider how its theme and structure transferred blow-by-blow to Dredd's decaying future North America.

Contrast it with Wong Kar-Wai's In the mood for love, which is not only undeniably Chinese but couldn't be mistaken as anything other than a Hong Kong movie. Its mis-en-scène smacks of back alleys and steamy dumpling shops and steak restaurants that have seen better days, even if photographed by an Australian. Wong's brand of platonic relationships is rooted not only in place but time – he aims to convey the spirit of 1960s Hong Kong – to the extreme that it didn't translate where he tried his hand at capturing Americana.

Throw Ghoul into that whole discussion. It's set in a future, radicalized India, where the Hindu majority considers Muslims to be an infectious vector for terrorism, drags them away for “re-conditioning” and forces those that remain to burn the books connecting them to their past. Even children's stories must go into the too-on-the-nose bonfires.

Maybe if they weren't so busy burning folk talks they would have learned about the movie's namesake, which comes from Arabic myth: the anthropophagus who could turn into the last victim it had devoured.

The ghoul is repurposed here as a spirit of vengeance, haunting a secret prison where police drag suspected Muslim agitators off to so the army can torture confessions out of them. It's a good setting for a labyrinthine cavern, all concrete tunnels and blacked out windows so that prisoners don't have a chance of even getting a hint of the passage of time.

It seemed like a good idea back when the soldiers were in control.

Netflix bills it as a mini-series, but it feels like a movie split into three 45-minute chunks. It's surprisingly restrained, for something with its critter in the marquee. It takes its time, not bringing out the monster right away, even if everyone involved senses there's something amiss. We spend that time with individuals who have been indoors too long, push each other's buttons trying to edge out an advantage, revealing their characters in the process. That pays off when it comes time to let the creature loose – we have a better sense of the people getting chowed down on.

But it doesn't come across as native. It's got a strong Hindi accent, but it might as well be set in Texas.

At least as an outsider, there's nothing that feels Indian about it. There are some color splashes – at a roadblock, a character attempts to hide his bag under a jacket, and prompts the challenge “What do you have there? Books? Beef?”. But when it gets down to plot or characters, everyone but the monster feels like they could be anywhere else.

It oversimplifies the country, making it Hindu vs. Muslim and ignoring the other minorities. While those are the two larger groups, you could also take that situation and transplant it to the United States – specially in the current climate. There's no other politics or flavor or touches that make it feel rooted in a culture.

That's not against its suspense chops. When it comes down to building tension, seeding doubt, making you guess, the miniseries does its job well. In fact, it executes well enough to make you wish it was less Blumhouse and more Bollywood, just so you could see something you haven't seen before.