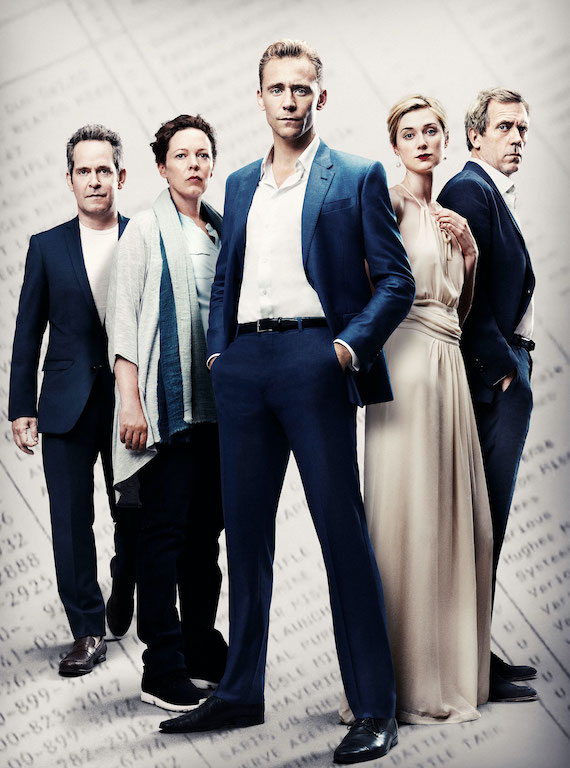 The Night Manager feels like what a modern James Bond story would be like if they had the guts to break away from their old formula. Funny, because the book it's based on came out twenty years ago.

Unsurprisingly, the Bond movies have focused on fancy suits, cocktail parties, and gadgets (all things that The Night Manager mostly eschews). Espionage is drawn out and can be more about the slow maneuvering to get in place than any immediate, decisive action. You only have two hours in a movie, which don't leave much time for all that tense manipulation and second-guessing.

It's the curse of the movie adaptation. Good things take time, and there is only so much you can do in a couple of hours. A series has more time to develop stories in, but successful actors didn't use to give them the time of day.

A creative upside of TV's resurgence (and its streaming forms) is that production teams no longer feel compelled to compress a story into two hours. For years we had the stigma that serious actors only did movies meant for theatrical release – TV was where careers went to die.

A decade and a half after The Sopranos and 24, TV and streaming are not only respectable – they are places where actors and directors go for big paydays, where you get to experiment with formats that may launch franchises.

And, more importantly, where you get to take your time. TV series, even limited ones, have more room to breathe.

Enter The Night Manager, a 2016 adaptation from a 1993 John le Carré novel, where a hotelier volunteers for an undercover operation to get evidence on an arms dealer.

It's the sort of story that is meant for a serial, with its many characters, layered motivations, and overlapping intrigues, constantly ticking machinery that may stop at just the worst place.

With its six-hour run time, you get to gorge yourself on the embarrassment of riches that are the delightful performances that build up the tangled character web.

Tom Hiddleston, taking a break from his Marvel commitments to play Jonathan Pine, the eponymous manager, bringing a mixture of self-control, insecurity, and drive that you wish other spy series could muster.

Who gets recruited by...

Olivia Colman as Angela Burr, disappearing into her character as always, equal parts frustration and persistence as a bulldog of a British official who refuses to stop chasing after Richard Roper, even in spite of her superiors' blatant obstruction.

Which she does, doggedly, because he considers him the worst person alive, a quality that would be hard to convey if it wasn't because of...

Hugh Laurie as Roper, who might be the embodiment of evil, sporting the delightful, careless accent of an utter cunt who doesn't care who gets hurt as long as he gets away with things.

(Roper's characterization, by the way, is one of the best portrayals of a psychopath that I've seen. He doesn't twirl his mustache, he doesn't rant about life being worthless or how insignificant the little people are. It just never enters the equation. He is the pure opportunistic, transactional evil that our times have shown can so easily get ahead.)

Roper surrounds himself with a shield of accomplices, helpers, and employees, such as...

Major Lance Corkoran, known to everyone as Corky, his spymaster-slash-chief-of-staff-slash-frontman, whom Tom Hollander portrays with a balanced mixture of restraint and recklessness. Hollander can convey his distrust and resentment at Pine's sudden appearance with little else but a side glance and how he sets his mouth, and does his thankless little part and job with gusto.

And somewhere in the middle of this is Jed, played by...

Elizabeth Debicki, the multiple episodes letting her showcase a range she hasn't put on display before on a single movie. She has shown charisma, and Steve McQueen's thrilling Widows let her display a talent for flexible understatement, but Manager lets her play someone dedicated to putting on a happy face, and Debicki relishes it. There's a moment, later in the series, where her character Jed has to add another layer of pretense to the existing one, and for a couple of seconds it is clear to viewers how fake Jed is being. Debicki shines then.

(Debicki has the potential to become a 10-years-in-the-making overnight sensation, with the combination of looks and the acting chops she shows here, but she's running out of time for taking parts other than “sculptural blonde.” She should do more limited series.)

All together, along with the secondary scum and rats scurrying around Roper, make for an enjoyable, tense six episodes. It's a character-driven story. Having said that, even the tradecraft is entertaining. There's a fascinating little scene of covert communication in public, and sadly it takes the series a few hours to do that again. If I had to complain about something, it would be how much the current era lets the characters default to secure messenger instead of more creative methods.

The Night Manager is still great at creating tension, and that's what everyone is here for – this “great acting” stuff is something us movie wonks get off on. It is a thriller, and you are here to be thrilled as you watch the players creep into position, dance around each other, figure out how the corrupt officials are going to get turned around, and watch our heroes attempts to outfox a smug, smart fuck who doesn't feel the need to pussyfoot around and has no qualms about disposing of anyone who becomes an issue. There is no way all of this could have worked on a movie – tension comes, literally, from stretching things out. The series has the patience required to take its time with every aspect of the story, from how it waits it to introduce its monster, to how long it takes our hero to sneak into their confidence, to its eventual explosive resolution. The Night Manager stretches out its story as taut as it has to and, in doing so, delivers the stylish thrills a movie couldn't.