Mel Gibson has made some powerfully visceral movies as a director, from The Passion of the Christ to Apocalypto to Hacksaw Ridge (for which I still owe you a write up). His announced remake of Sam Peckinpah's The Wild Bunch is a perfect match for the filmmaker I didn't expect him to grow into.

As an actor, however, he has been on check-cashing auto-pilot mode for over a decade. He last made some effort to play a low-key homicide detective trying to find out what happened to his daughter in Martin Campbell's uneven Edge of Darkness in 2010. You'll need to look further back to find something in his filmography where he seems to be enjoying himself, though, and land in Brian Helgeland's Payback back in 1999.

(No, I still haven't seen Dragged Across Concrete. I should. S. Craig Zahler's Bone Tomahawk was a revelation, and his raw meanness would have been a better match for this movie, but I'm getting ahead of myself.)

With that in mind, I can't tell you why I ended up watching Blood Father. I needed something grimy and raspy and bourbon-soaked, I guess. It seemed to fit the bill. It had a decent cast. It was worth a shot.

The fact that it wasn't distributed or produced by Gibson's Icon production should have been a hint.

Gibson plays John Link, an alcoholic ex-con with a history of violence written in his face. When we first see him, at an Alcoholics Anonymous meeting, he looks like a former biker who got pickled in formaldehyde then left out in the sun for a couple of decades. He runs a tattoo parlor called Missing Link out of his trailer home, which looks more abandoned than parked in some California dustbowl. He is keeping himself clean and mostly sane, until his missing daughter Lydia shows up looking for help.

Which of course she does, because that's the main reason for having a movie dad who looks this much like someone you don't fuck with. Particularly when you are even more of a self-destructive dumb-ass than daddy, and compound things by going at it with a teenager's energy.

Things go to shit right away when drug dealers arrive and shoot his place up. Instead of waiting for the police, surrounded by a good dozen people who would vouch for his innocence, Link instead decides to flee the scene with Lydia, for reasons that aren't entirely clear other than otherwise there wouldn't be a movie.

The movie then putters about for another hour-something, with Gibson getting exactly one scene to go nuts in before it ends in a shoot-out that plays out the exact way you'd expect. It introduces some colorful characters and background bits that could have made this more interesting, if the director was bold enough about making an exploitation film, then does nothing with them. Michael Parks phones it in as yet another Preacher. Raoul Max Trujillo's promise as a Cartel Terminator goes to waste. Miguel Sandoval seems to be having fun for all of fifteen seconds. William H. Macy is barely there.

B movies are an honest craft, folks. If you're going to make one, don't treat it like something to be ashamed of.

The blame lies six parts on the script and half a dozen on the director. When the plot has laid all its cards on the table, the way things play out makes little sense. And as for the person guiding this whole thing, I'd even forgotten director Jean-François Richet's insipid remake of Assault on Precinct 13 existed. I expect Blood Father to soon suffer the same fate. 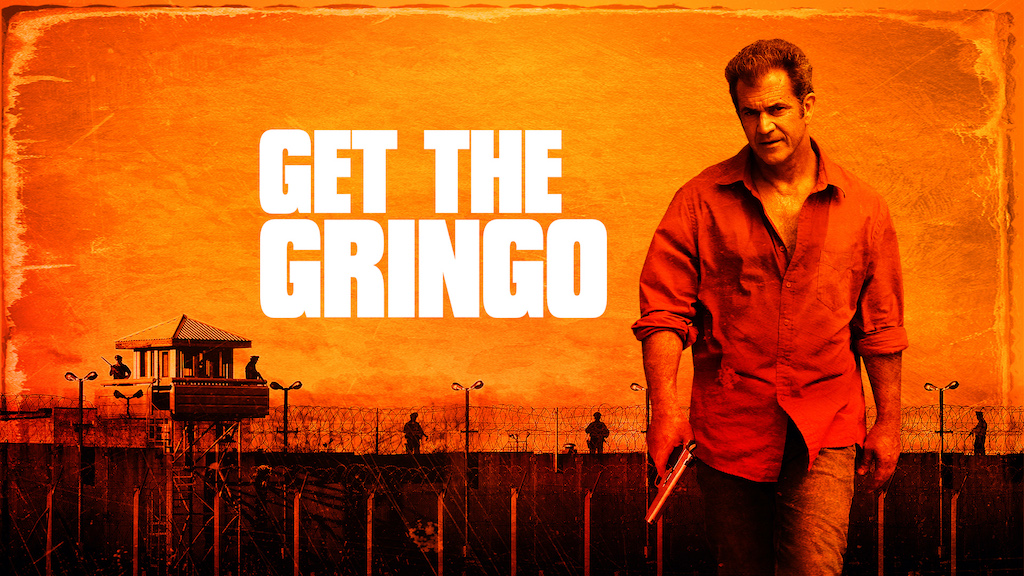 There's not a lot to say about Get the Gringo, Payback's bloated, more violent, less stylish cousin. Gibson's unnamed career criminal, an off-brand and charmless Porter clone, crashes through the U.S.-Mexico border carrying a couple of million dollars, gets arrested by corrupt Mexican cops who pocket the cash, then ends up in the hole in prison under quickly cooked up charges.

Cue shenanigans while he hustles in the walled micro-economy that is El Pueblito, befriends a kid, and tries to avoid getting killed by a multitude of factions – including the mobster he initially stole money from.

That's it. You can probably plot it almost beat by beat from there yourself.

It's entertaining enough, and not a bad way to spend a couple of hours if you don't mind seeing people blown up, but most of what recommends it is what it doesn't do. For instance, the way the pseudo-love-interest is not a teen Latin supermodel. Or that they don't particularly try to make the Gringo likable – while he has softened up by the end of the movie, it's apparent he's an untrustworthy asshole, and the kid and his mom got lucky they ended up on his right side.

Maybe it isn't that they don't try but that they are not good at it. None of those involved have Brian Helgeland's flair for dialogue, even though they do sneak in a few good lines in there. There's nothing to define the Gringo other than his being supernaturally efficient at being a criminal: he lacks Porter's gab, his flair, his amusing sense of ethics. Without some memorable quality, the character has no character of his own. And without some character, the Gringo can't grow past being a vehicle for Gibson trying to recapture his better days – back when he didn't have to write himself a part and could count on more talented people doing it for him.

Originally published in my old blog.