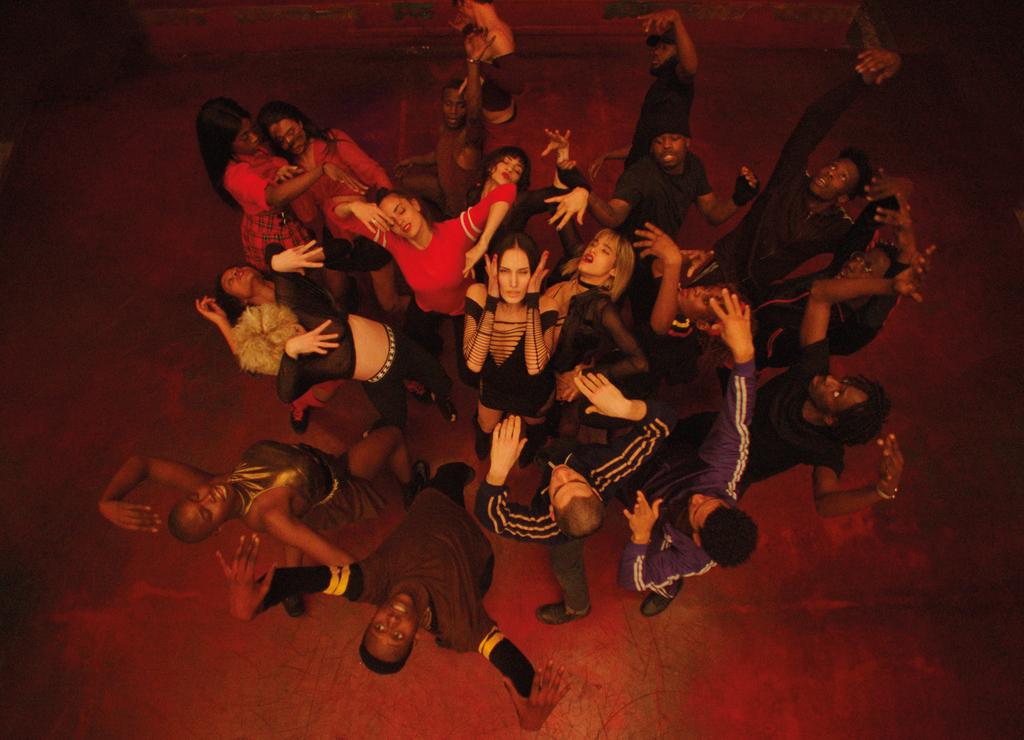 A new movie by Gaspar Noé, the Robert Altman of nasty, is always cause for dreadful anticipation.

Climax has the good grace of warning you what you are in for, in case you knew nothing about it. We start staring at an old TV, where young faces are interviewed about dancing and fears and drugs and if their families know what they do. The paint on the wall behind them is peeling. The screen is bookended with hardcovers and VHS tapes: Suspiria, Schizophrenia, Possession, Un Chien Andalou, Salò.

This will end well.

There is a bloody escape through the snow. Credits. A choreography. A dance crew, somewhere isolated judging by their comments, practicing. It's their final night, and the crew is happy with the collaboration, about to launch into their final party, relaxing around a sangria which they'll soon find out has been spiked. We hang around with them for a while, see them revel, get to know them through their conversations and interactions, hear them protest too much, watch them swirl, bodies already contorting in unexpected ways even before things turn gut-kicking, throat-ripping, floor-pissing mad. Dancing is art you can leave unfinished only to have someone else pick it up. So is torture.

We never see what they see, only how they act as they communicate with each other in some butoh-fu that we barely grasp. Noé's long takes are perfect for following around a group of hallucinating performers, light pulsating, screams and cries echoing on the halls as someone in a daze tries to walk from one room to another while grasping as much coherence from the reality around them as possible. The acting is spotty – most of the cast are dancers, not actors – but their performances are electric. Sofia Boutella, likely the only face you'll recognize, is just one more in the crowd, until an indelible scene where she barely stops herself from devouring a nuisance then wanders into an empty room to explode, possessed, snaking up the walls and twisting back onto herself.

Run, scramble for shelter, find an anchor until it all passes, anything that helps weather the storm.

It's grueling. It's tense. It can get vile. But it'll be the strangest, most violently alluring whodunnit you've seen.