TV Shows have become more efficient. It used to take a whole 24 episodes for a series to ruin a promising concept or first season – now they can do it in only 8.

This will likely contain spoilers for both seasons of Altered Carbon. Nothing major from season 1, if you've read the book, but I won't hold back on the new material from season 2. 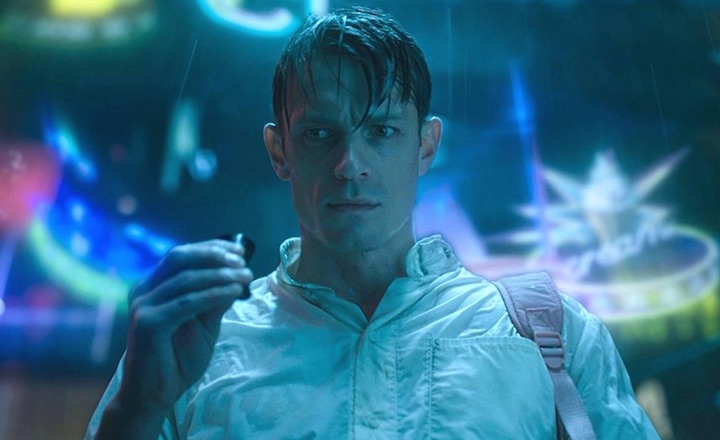 The first season of Altered Carbon was an enjoyable and (mostly) faithful adaptation of Richard Morgan's original novel. It's the future, and humans are now able to download their consciousness to new bodies when their current one dies (or, if you're rich, whenever you want). Kovacs, a U.N. super-soldier turned mercenary, finds himself back in a new body after 200 years, at the behest of a tera-rich who wants Kovacs to solve a locked-room mystery.

It has a few interesting ideas in it, with the “sleeving” concept fully integrated into the world and used to power both its central mystery and the characters' solutions. It never connected with me, though. I remember the impression the book caused more than the specifics. Kovacs felt out of place in the wrong way: a Mary Sue mixture of hardboiled noir P.I. and killing machine, a bad-ass disconnected from the events. There was no particular reason for him to do anything, other than the gazillionaire who brought him back had a gun to his head.

The series switched a few things around. What the book called the Envoys are now the Protectorate. The U.N. is never mentioned, but the Protectorate rules the worlds with a kevlar-wrapped mag-rail-gripping fist. Kovacs is still an Envoy – and the last of them, at that, for people to repeat in awe – but they were instead a group of rebels fighting the Protectorate for a reason that the show doesn't initially specifies.

Same bad-ass, then, only turning the rogue factor up to 11.

One of its core changes, though, helped anchor Takeshi Kovacs in the new world. In taking a background character and making her Kovacs' sister, it added a complicating motivation for a protagonist who had none. It made some narrative paths more evident as a potential resolution, while also introducing questions about how Kovacs might act. It made him less transparent.

A minor tweak, probably there to give them an excuse to extend the series with a few background episodes, but one that worked.

Must have worked for audiences, too, because there is a new season built entirely on new material. It's two episodes shorter than the first season's ten, and just as well, as it has barely anything interesting to say.

They still put a couple nice touches in the universe, using the sleeve concept to allow themselves some tricks with cast reuse. This acts both as a nice callback to the first season and to showcase things that the stack technology makes possible.

Overall, though? The writing got sloppy, fast.

Characters act (and rant!) about knowledge that viewers have, but that the same characters haven't acquired yet. Villains would twirl their mustache as they tie a girl's stack to the train tracks if they could – how they go about their plans is not only baroque but bordering on silly. And, in the usual science fiction sin, the series brings back Gods and their wrath as a way to justify some magical choices.

When it writes itself into a corner, the series shrugs and introduces new tech possibilities without a thought about how they affect the world at large (say, being able to wirelessly copy someone's stack without their knowing). Worse, it uses these tools to retroactively explain things that happened in the last season, meaning these aren't new developments but have been available for hundreds of years... yet only a few characters know how to use them, realize it when convenient, had never thought of doing it before, and are able to do it unbeknownst to anyone else.

Any advanced enough technology is indistinguishable from a plot device.

Worse, these plot devices are used to cheapen several character choices and curtail more interesting narrative paths. Would Kovacs develop as the same person without Quell dying? What would he be without survivor's guilt? Who cares, when we can have our cake and eat it too?

Which is all an elaborate way of saying that the first season is entertaining, and its changes to the book's background preserve its code. In contrast, the second is not even a passable waste of time. If the writers were going to pull a deus ex machina, the very least they could do was not have it literally be a bloody god in the goddammed machine.