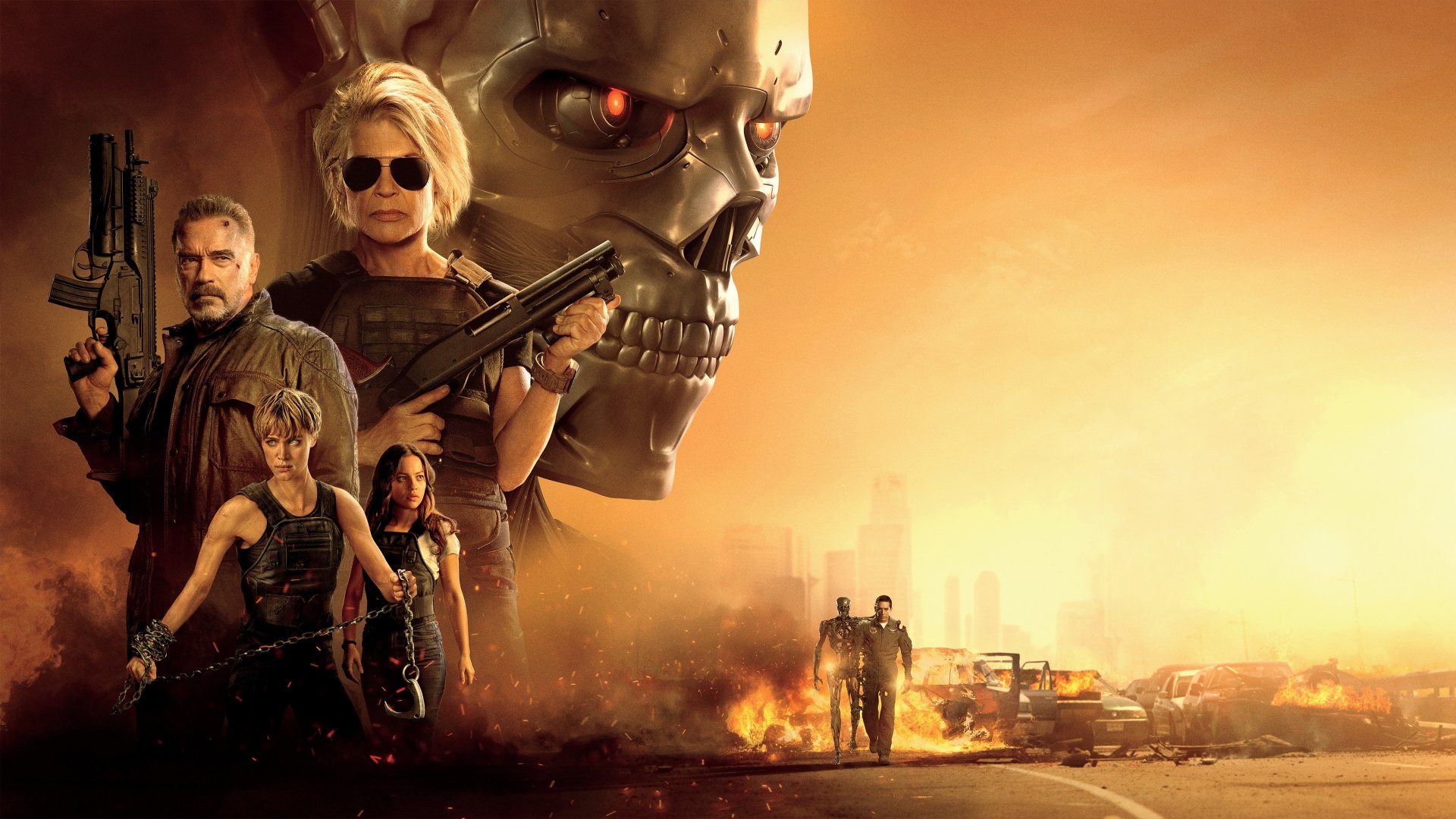 Terminator – Dark Fate did the Star Wars series one better because it had the courage to move on from people named Connor.

That might come across as a little rich, seeing as how the movie finally brought back 64-year-old Linda Hamilton as Sarah, after she hadn’t appeared on a single one of these in the almost three decades since Terminator 2. It does it for context, though, and pulls off a great bit of character repurposing.

Yes, she enters the movie as the Action Bitch, who calmly gets out of a truck and starts blasting quips and rockets at a killing machine. That bit alone on the trailer almost turned me off the whole thing. But she’s also an aimless old woman who has seemingly done nothing in thirty years but sit around, drink, and wait for the next signal telling her where she needs to go blasting. She succeeded in Terminator 2, averting the future where Skynet killed most of the planet and only her son John could save us.

Her success also made her irrelevant.

Killing machines still seemingly rain out of the future, though, because we suck as a species, and if we don’t manage to blow ourselves up, then by Oppenheimer we will build something that does it for us.

So it’s some other girl, this time around, called Dani Ramos. Dani also has a bodyguard from the future, Grace (cyborg Cameron Howe, because God bless Mackenzie Davis, but even Arnie has more range). Grace is better and meaner than Sarah ever was – partly because she has gone through an actual war, instead of just training, but mostly because she’s not all human (“augmented”).

Gotta hand it to them. Sarah Connor, pushed aside from history by her actions, resentful it’s not about her anymore, full of assumptions that make her something of a know-it-all asshole, is not a play I’d have expected them to take.

No major spoilers there – this is like the first twenty minutes of the movie. After, most of it is Dark Fate doing a masterful job of untying the knows that the series has tied itself into, while doubling down on the “unstoppable horror” tropes that the original Terminator movie handled so well. Not only is the new Series 9 killing machine nigh impossible to kill, as you’d expect from a terminator, but it skin can walk away so that it can come at you from two sides. When its skeleton gets up, it does it like something possessed; its cranium has the shape of a half-brained zombie’s.

Dark Fate respects its pedigree, though, full of references to the old movies’ good bits. The skinless arm, the old-timey red vision with big white lettering, the eye, a dog just chilling. They fit. You don’t get a single wink or nudge. You could miss them, if you ain’t looking, but the jokes land.

But you know what? All that would be fun but irrelevant without it doing its core job. You didn’t get Dark Fate for the funnies, or the discourses on finding purpose, did you? You wanted an action movie.

Dark Fate is a damned good one. One of those where you can tell where everybody is during the fights, and where they may end up when the next punch lands. Because, unlike what seems to be the majority of movie directors out there, Tim Miller knows that action works better when you anxiously anticipate what people you like might be thrown against.

Spatial awareness – what a concept!

One of the great things about writing anonymously is that I get to do anything I want. If this will turn into an action movie shitpost blog, extolling the virtues of movies that are two parts explosions and one part references, so be it. It’s not like there is any movie festival going on right now.

Eventually, we are going to get back to more serious stuff. Some documentaries about the state of the world, or the abuses of the Church, or something political. For now, humor me on this. Watch this fucking movie, because it’s both a better sequel and action movie than most other pro-forma shit out there.

And, for everybody involved in the series, please stop here. The last three movies ranged from mediocre to terrible, with quality steadily decreasing. This one raises your success ratio to 50%. It was a nice bow to wrap around it. Quit while you are ahead.