Leaping from the page 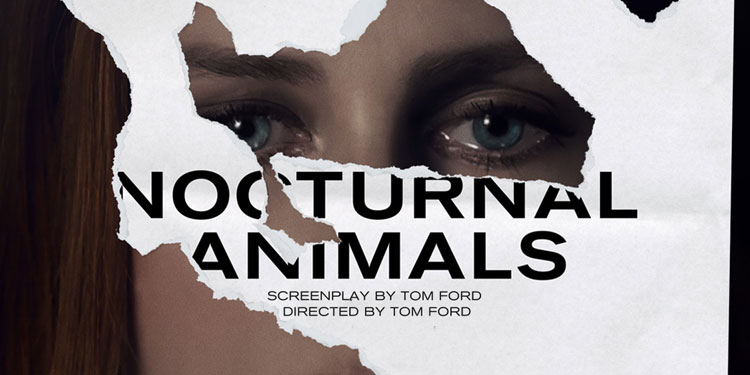 The language Nocturnal Animals' characters throw around is one of violence, abuse, coiled rage pushing against a barely closed lid. Decades of literal films have us conditioned to expect this anger to build up until it explodes, sharp tendrils lashing out at those around it.

It's not so easy.

Susan, an unhappy gallery owner in a decaying marriage receives a novel manuscript from her ex-husband Edward, who she left 19 years before in a way that she feels guilty about. She doesn't need to say it outright. You can feel it on Amy Adams' face, Susan's choice of words. Edward will be in town and wants to meet for dinner. She hesitates, wavers, while she reads the novel.

It's a grim story, about a man who can't defend his family. It touches her, pulls her in. All around her, the environment itself makes her think of retribution.

We wait for Chekov's gun to fire.

Tom Ford's movie, on the other hand, is more literary than literal. It feels like reading a novel, turning pages at your own pace, savoring the long tension between setup and resolution.

We get to see the novel itself, too. Shared actors between the novel and the real world leave no doubt about how thinly disguised the characters might be, how close they feel to those who knew their source material. We're seeing these people in Susan's head. Others join them soon. A feral Aaron Taylor-Johnson, his behavior unrecognizable as Ray Marcus, is the perfect wandering monster. Michael Shannon's Bobby Andes, a wax figure of a police detective, hungers.

And we wait for both threads to collapse into one. We expect them to materialize in the real world as agents of fate.

The blend is harrowing and hypnotic. Characters let the plot drag them along, put them through those meat-grinder defining moments because they know that whatever they choose to do will define who they are. So they plow through, reading to the end to figure out who they could have been had they made different choices, hoping there's a second chance waiting for them there.