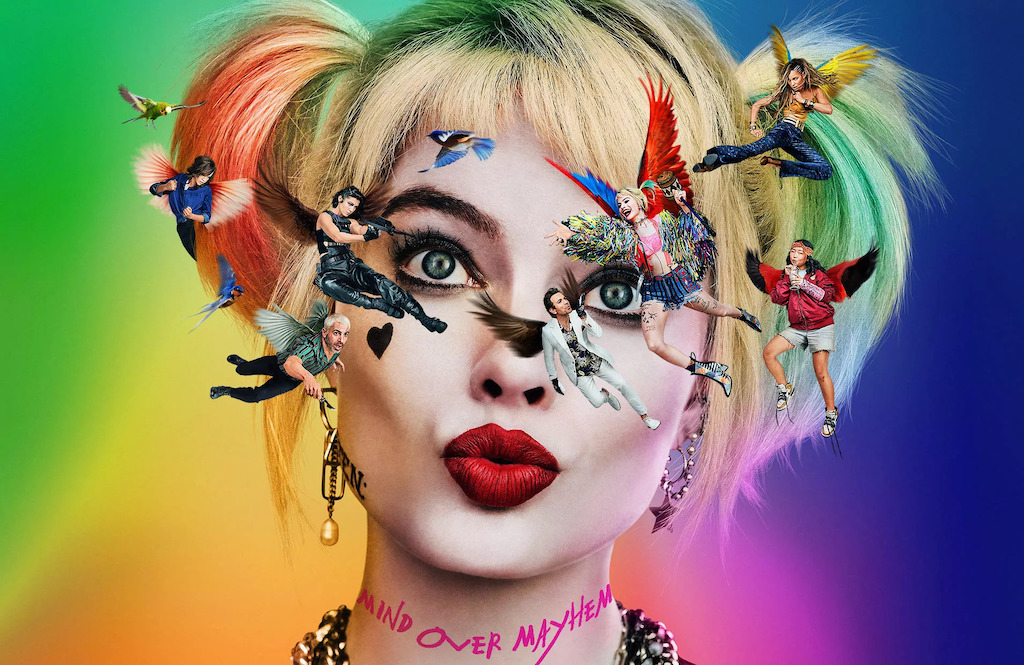 It's even more surprising when you emerge from all its craziness and remember that Birds of Prey spawned out of David Ayer's Suicide Squad abortion.

Some background here: DC Comics saw what Marvel had, and coveted it. Since they had been doing dour affairs where Superman, a reminder of all that's good in humanity, snaps a guy's neck, they decided to double-down on the grime and meanness. Out comes Suicide Squad, a Dirty Half-Dozen of B-list comic book villains, written and directed by David Ayer, the Marylin Manson of macho movies.

One of said B-list villains was Harley Quinn, the crazy girlfriend of Batman's arch-nemesis The Joker. It became a breakthrough role for Margot Robbie, who had been a firecracker on The Wolf of Wall Street, and took the opportunity to turn the hyper up to 11 on her portrayal of Harley as a psychotic cheerleader. The movie sucked, she was a hit. Some Warner Bros. executive decided to make lemonade and signed Robbie on for a first-look deal. She chose a Suicide Squad spin-off as her first choice.

Cue facepalm. Why would she willingly go back to that tepid slime-covered rat-drowning well, now that she gets to work on whatever she wants?

Because she thought it would be fun if she got to do it her way, it looks like.

So we get Birds of Prey: And the Fantabulous Emancipation of One Harley Quinn, a movie about what happens after Harley Quinn breaks up with the Joker.

(Who, by the way, was not only the worst choice in a movie full of terrible decisions, but also the single worst portrayal of any comic book character. Ever. And that's counting Roger Corman's Fantastic Four movie, and whatever was going on in Joel Schumacher's Batman adaptations.)

Back on track. Harley breaks up with the Joker. Nobody knows. It behooves her to keep it that way, because Harley's long history of fucking with people means there are a lot of people who want to fuck right back with her, and fear of the Joker keeps them at bay. Tired of him always coming up in conversation, she makes a very public, fireworks-laden break-up statement.

Bunch of other stuff is going on in Gotham at the time, involving a psychotic mobster, a pick-pocket, a killer shooting criminals in the throat with a crossbow, and the people who get dragged into the whole mess.

Now, don't get me wrong. This is not the Unforgiven of comic book movies. It's still a DC movie, but ... it's good! Not in the Wonder Woman “I have a message about empowerment and taking superheroes-as-a-symbol seriously” sense, but in the “let's have fun with this shit” sense.

Hell, pretty sure a good chunk of how entertaining it is comes from how much everyone involved seems to be enjoying it. McGregor definitely is, with his narcissistic Roman Sionis, as is Robbie, who gets to play banana to almost everyone else on board. You get the impression that everyone involved went “fuck it, they're never giving me another chance like this, I'm gonna go nuts”.

(Almost undoubtedly true for Rosie Perez, as she has three strikes against her – she's female, Latina, and over 30. She's having just as much fun with this as Robbie, if not more.)

(Sub-parenthetical: By the way, now David Ayer is saying he made a “soulful drama” which was “beaten into a comedy”. The man behind the cinematic abattoir refuse that is Sabotage was going for soulful. Maybe whomever beat Suicide Squad should have hit harder.)

Back to Birds of Prey, though.

I'm not going to say it's brilliant, or perfect. Still, the sole fact that it exists at all in this era of mass-market movies designed by executives dog-piling into a committee feels like an accomplishment. I don't expect we will get to see another coke-fueled bleached-hair short-short-wearing Majima Goro gender-swap leading a movie any time soon.

I have no idea what Margot Robbie is holding over Warner executives, but here's to her continuing to use it for funsies.