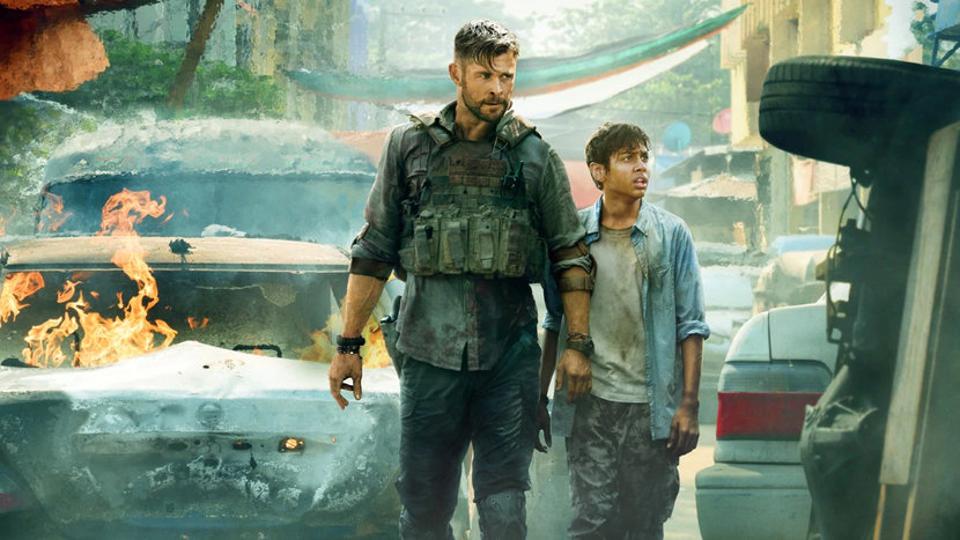 You don't need to waste your time with Extraction. Children of Men did the fake long takes better, and for all of Extraction's bruises and stabs, Charlize Theron had it tougher in Atomic Blonde.

Yes, I'm talking up a movie that I originally wasn't too impressed with. Extraction is the kind of aggressive mediocrity that can cause you to lower your standards. Its phony suicidal sentimentality as the single driving reason for its unshaven hero to keep pushing forward does not help.

Can we stop with the whole dead-kid-as-a-motivator thing? Universal as it might be, the flipside is that it tells us nothing about your character other than “they're sad someone died”. Worse, it's lazy.

There are few better ways to kill good will than laziness. 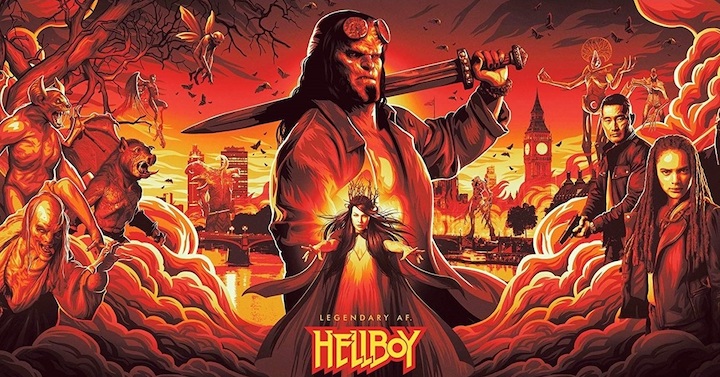 I watched Neil Marshall’s Hellboy reboot so you didn’t have to.

Guillermo del Toro released his first Hellboy in 2004, after a series of visually intriguing but disparate movies – from a thriller about giant killer cockroaches, to a story in a haunted orphanage, to a sequel to a comic book vampire movie. Intriguing may sound like faint praise, but you couldn’t quite describe them as unique back then – his style lifted movies that could otherwise have been pedestrian and hinted at a creator with a unique eye, but you weren’t sure how it would develop. You could tell they had a heart, you could see the passion in them, but it was hard to convey what called you to them.

His Hellboy came from a similar place and amped the unique elements with fantastic yet human characters, but as a movie still felt almost there.

This would change a couple of years later when he released Pan’s Labyrinth. You could now finally see all his stylistic flourishes blooming at once – creatures simultaneously terrifying and beautiful, nature coming literally alive, baroque details that felt hand-carved, a fear and fascination with the night and the place that our stories come from.

He followed it with Hellboy: The Golden Army. del Toro and Mike Mignola wrote a new story and they created a beautiful, imaginative world filled with rollicking adventures while still providing conflicted, tragic characters. del Toro had come out of the cocoon as a creator of artistic, arresting crowd-pleasers.

Marshall’s sequel came out 11 years later. The movie resets the Hellboy chronology, wiping out the events of the previous two films and re-staging it with a new cast.

On the one hand, it attempts to hew closer to Mike Mignola’s source material, cramming the narrative behind The Wild Hunt and a bunch of background information into just about two hours. On the other, it either has no idea or doesn’t care who these people are and how they think, removing any shades of personality they may have had and dropping the movie’s characterizations into a profoundly uncomfortable uncanny valley.

There’s a fight with a trio of rampaging giants where the situation and setup are taken straight from the comics, but where the emotional core is flat-out wrong.

In the comic, we don’t initially see most of the fight, only its aftermath. Hellboy flashes back to it a couple of times, reluctant to talk about it. It’s only when he opens up to Alice that we learn how much he relished it, how filthy he felt by enjoying his death-dealing, how horrified he is by how his efficacy at violence turns him into the thing people perceive him as.

The way Marshall plays it, it’s an action set piece full of rock music and one-liners, showcasing how much of a tough guy our boy is.

Oh god, and the one-liners. The terrible one-liners. Hellboy 2 had sensational comedic moments, which worked because they were interludes. This thing is crammed with hardy-har-hars and forced guffaws, littered with “funny” bits that they can’t help add in even the worst places. Even when they ruin a character.

Gruagach, the fairy man-pig, comes out of this worse than anyone else. He is a tragic figure in the comics, doing what he does out of a desire for revenge, but without thinking about the consequences until they catch up with him. Here he is just another quipping baddie who looks like a left-over from a homemade Teenage Mutant Ninja Turtles adaptation.

It’s even worse when they almost get it right, like a scene where Hellboy ends up in Baba Yaga’s wandering hut. It has every right to work, with its atmosphere of painterly grotesque, David Cronenberg meets Ivan Bilibin. There’s horror in it. And even there they have to make a bloody joke.

This lack of discipline dooms it.

You can see a good movie from here, if it was pared down. You can see a good series, if they had taken time to develop it. This isn’t either, and without the budget to see through its over-reach, you get neither plot development nor spectacle.

Even its visuals are a dog’s breakfast, with Scorpion King-like effects and modern-day Manimal transformations. The Cheddar Goblin looked and fit better than this.

The cast should have been enough of a give-away. Milla Jovovich needs a spectacular director, or she’ll default to playing a cardboard cutout. Ian McShane is only at home as a drawling gangster, so his tough-love father figure is a far cry from John Hurt’s bookish but caring Trevor Bruttenholm. David Harbour has so far not shown himself as being capable of nuance, and his Hellboy is a loudmouth braggart, more the image Hellboy tries to project than who he is.

What happened to you, Neil Marshall? You were never one for subtlety, but you were much better at spectacle than this. It took two flights to finish this movie. I should have trusted my instincts and drank myself to sleep instead.