Dead drops from a dread god 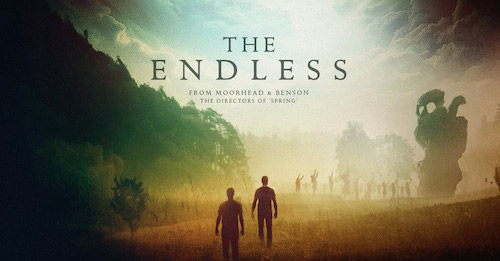 That quote has become so threadbare that by now it is the horror equivalent to the fading sign at a decrepit funhouse warning the faint of heart away.

There is truth in it, though, and the line itself encapsulates Lovecraft's output well. He was terrified of the unknown, as defined by anything he wasn't comfortable with, and it showed in his literature – whether this discomfort came from the depths of the sea, foreigners with accents he didn't grasp, or people with different skin color. Lovecraft has become associated more with the tentacle-twisting, sanity-melting that became more fashionable as special effects became cheaper, but his characters were more likely to recover from encountering Dagon than from marrying anyone but a white protestant girl and embarrassing their family.

This is the type of dread that The Endless goes for.

Brothers Justin and Aaron receive a Betamax tape in the mail containing a message from Camp Arcadia, a death cult they escaped ten years earlier. It arrives just at the time that Aaron is getting fed up with the dreary tedium of their bare survival. At his insistence, the brothers take a break from cleaning people's houses, boiling packaged ramen, and going to deprogramming therapy, so that they can check if their old friends are still alive. Justin dragged them both out of there, convinced the cult members were about to kill themselves to “ascend”, so how come they are still around a decade later?

Aaron wants to reclaim the past he sees through idealized memories. Justin wants to humor him, but you can tell that – at least partly – he wonders if he made the right call.

They encounter the suspiciously pleasant and accommodating cult members they escaped, who not only have managed to not “ascend” but not age, and don't exactly look worth escaping.

Until things start getting a wee bit unnatural.

The Endless is what a disciplined, cosmic-inclined David Lynch would come up with, and I was so stuck on my preconceptions that I almost missed out on enjoying it.

Benson and Moorhead don't do horror – what they do is supernaturally-flavored drama. They are resourceful, too. The Endless feels like their largest production and it doesn't feature anyone you'd recognize, keeping it so low-key that the pair stars as Justin and Aaron, likely to save the budget for more expensive things.

The trouble with writing these pieces is that it changes how you watch movies. Often, you sit down to see a movie while a few hundred words coalesce in your head about how something matched against what you expected of it. You are not appreciating the ride as much as you are chronicling its major turns.

I came into The Endless expecting a fun romp, a slightly less deranged The Void on a shoestring budget. I was writing even before the credits came up, mostly around its being a prosaic approach to a supernatural mystery (which I didn't mean as unimaginative but as commonplace or unromantic).

Then it hit me that was not what they were going for. Benson and Moorhead, who had also created Spring, get a thrill out of setting the brothers' story against what might be a Shub-Niggurathian backdrop, but they spend as much time with the family struggle as they do with the metaphysical mechanics around camp.

Did Justin make their last decade unnecessarily harder by letting his preconceptions get the best of him? Does Aaron belong there more than in a city? Have Justin's prejudices against an oddball religion and I-know-better-ness irreparably damaged the relationship?

Those are more important questions than what exact brand of weirdos the camp members might be. 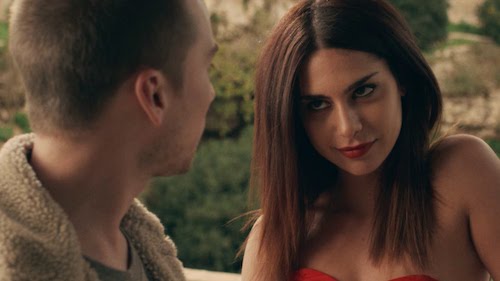 American gets in trouble. American flees to Europe, where he meets exotic Italian girl. American falls in love with Italian girl in that way that only drifting American tourists in their first trip out of the country can. Girl is not what he thinks.

Sounds cliché, I know. Spring is a smart movie doing genre slumming, a new theme grafted onto an old setup.

I don't think it's a spoiler to say that it's a monster movie. It strongly suggests as much on the trailer. The trick is figuring out what kind of monster movie it is.

It's not particularly tense, though, less about the tropes you would expect and more about withholding the answer from you. It drops hints here and there, trying to keep you guessing. And then shows its fangs earlier than expected, making you wonder “what now?” before it transforms into something else. The answer wasn't what I thought it was going to be, and I normally see these things coming from way over the next town. Even when I noticed all the bits they left around, I wasn't sure how they'd recombine all the parts into their creature.

I do love being surprised.